Have you reached the History of Multiple Sclerosis - Cases 2 first and would like to go back and read Part 1? Click here. 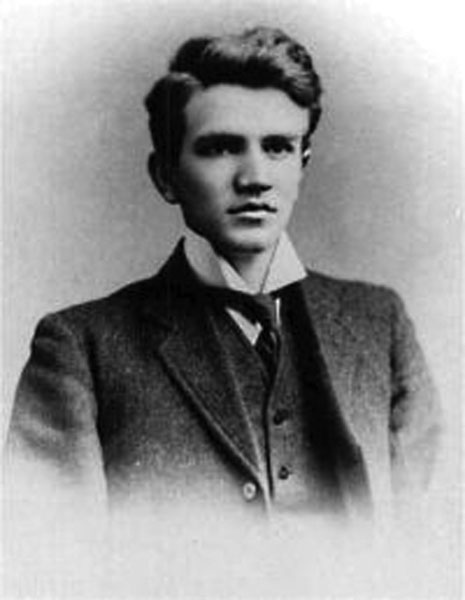 Another case history of multiple sclerosis was written by a British diarist, W.N.P. Barbellion. This was the nom-de-plume (pseudonym) of Bruce Frederick Cummings (7 Sept. 1889 – 22 Oct. 1919).

He kept a detailed log of his struggles with MS for most of his life. It was published in March of 1919, only months before his death. The title of the diaries was “The Journal of a Disappointed Man”.

Cummings chose the name W.N.P. Barbellion, to protect the identities of his family and friends. The names “Wilhelm”, “Nero”, and “Pilate”, were chosen because they were “examples of the most wretched men ever to have lived”. The true identity of “Barbellion” wasn't known until some time after Cummings death.

A reviewer of his book, Ronald Blythe called it "among the most moving diaries ever created".

Cummings did not even know he had the disease we now know as MS until after he was rejected from joining the army. His doctor had given him a sealed letter to give to the medical officer at the recruitment center. After the physical exam, Cummings was rejected as unfit for active duty. He was so disappointed and hurt that he decided to open the sealed letter anyway.

He then found out that his doctor had diagnosed him with the disease. He also said that Cummings most likely had less than five years to live. Cummings had just recently married and had a daughter, Penelope, in October of 1916. He had kept his discovery a secret from his wife and family to spare their feelings.

He was very moved to find out that his wife, Eleanor, had known about his MS even before he married her. His family had also been informed and knew of his condition before he did.

It offers an honest look at MS that you can still relate to. It is still published today so that as someone with MS or someone who has a loved one with the disease, you can gain a greater understanding of it by reading about the history of multiple sclerosis through the eyes of someone who has also lived through it.

One of the most memorable passages written is one by Cummings on the subject of death.

"To me the honour is sufficient of belonging to the universe — such a great universe, and so grand a scheme of things. Not even Death can rob me of that honour. For nothing can alter the fact that I have lived;I have been I, if for ever so short a time. And when I am dead, the matter which composes my body is indestructible—and eternal, so that come what may to my 'Soul,' my dust will always be going on, each separate atom of me playing its separate part — I shall still have some sort of a finger in the pie. When I am dead, you can boil me, burn me, drown me, scatter me — but you cannot destroy me: my little atoms would merely deride such heavy vengeance. Death can do no more than kill you."

And in summing up his life he wrote the following:

"I am only twenty-eight, but I have telescoped into those few years a tolerably long life: I have loved and married, and have a family; I have wept and enjoyed, struggled and overcome, and when the hour comes I shall be content to die."